One of my pet peeves is when people say "I hate my life" or "my life sucks"
My response: "You wouldn't be where you are now if it did. There are many people in the world that have it worse than you, so shut it and be grateful, punk"
Do any of you have friends or acquaintances who don't appreciate what they have?
I was one of those people, but I had to be punched in the face to realize that I have everything. 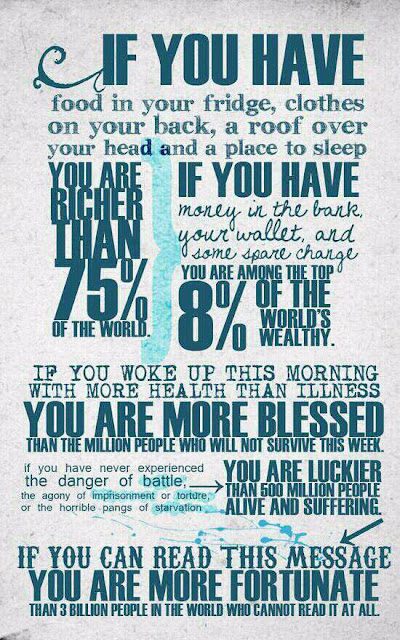 I'm always grateful for having the life that I do now.
The Lord continually blesses me with so many things even though I really don't deserve it.
It breaks my heart to know that  there are so many people suffering in this world,
but it motivates me to DO SOMETHING!
What are you thoughts?
Have a great weekend everyone! :)
God Bless <3
Posted by grace at 3:19 PM 7 comments:

OUT WITH THE OLD, IN WITH THE NEW 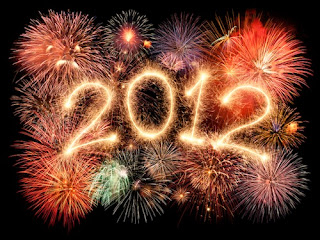 I hope all of you had a wonderful time with friends and family during the past holiday season.
I sure did!! and it was very busy busy!!
I can't believe that it's already the 2012!
2011 was full of many hardships and blessings..I can't wait to see what God has in store for me in 2012!
I really want to thank all of you who follow my blog. Thank you for taking time out of your day to read my blog entries.
My new year's resolution for this blog is to post more!!
I can't keep any promises though..(look at what happened last year haha)
I'll see you all in my next entry!
God Bless <3

So, remember how I said that I was back? Well....that didn't work out too well.. oops ehehe
I'M SO VERY SORRY!!! :(
I'm taking 18 credit hours at school this semester, so it's been taking up way too much of my time.
and now it's time for the dreaded week of  FINALS!! ugh


I was meaning to post away during Thanksgiving break, BUT you will not believe what happened!!

My phone broke..
my car broke down..
my iPod died on me
and my computer caught a virus and CRASHED!

I LOST EVERYTHING!!
OH THE PAIN AND HORROR!!!!! Dx


All of this has to be a sign, but I don't know what it means!! sigh....
I'm trying to figure out how to get everything fixed, but I have finals to think about first :(


Thanks for sticking with me everybody!
I am SO SO SO thankful for each and everyone of my followers <3
Hope to see you all soon :]

Hi friends!
How are ya? :D
It feels so good to be able to blog again! I've been SUPER DUPER busy with lots of things and I was able to enjoy a week of complete laziness. I want to share lots of things but I don't even know where to start! I do want to share a tag that I recently saw in a YouTube video.


4) If you had $1000 to spend, would you rather buy clothes or makeup?
Why not spend it on both? ehehehe


5) Would you rather apply lipstick as eyeliner or eyeliner as lipstick?
........seriously? Well, If I had a black lipstick I wouldn't mind using it as eyeliner.


6) Would you rather only shop at MAC or Sephora?
Now this is a hard question! I guess I would have to say MAC considering almost every makeup product I own is from MAC..


7) Would you rather only use one eye shadow color or one lip color the rest of your life?
One lip color..I already do that now hahaha


9) Would you rather have dark nails or bright nails all year round?
Bright nails. Dark nails look depressing..


11) Would you rather only be able to wear your hair in a ponytail or a messy bun?
Messy bun, yet my hair is always up in a ponytail -__-


13) Would you rather shave your eyebrows and have none at all? Or sharpie them in everyday?
Definitely sharpie them in. I don't even want to think about what I look like without eyebrows...gross!


14) Would you rather live without makeup or nail polish?
I would like to live with both if that's ok :]


I hope you guys enjoyed my answers haha and I tag whoever wants to do it!
Let me know if you do. I would LOVE to read your answers! :D 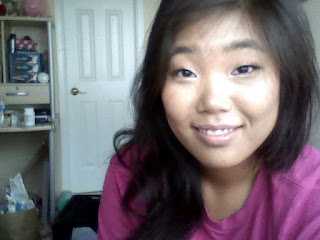 I am seriously WAAAAYYY to busy to be blogging right now
so I'm going to step away from my blog...
but I'll be back :]
Posted by grace at 5:16 PM 2 comments:

I don't even want to count the number of graduations I have been at during the past two weeks.
But I'm glad to say that they're FINALLY OVER!!!
I hate how they are LONG and BORING! The only reason I go is to support my fellow friends, but you have to wait for the VERY LONG AND BORING speeches in the beginning and for your friend's name to be called out, only to cheer for 10 seconds or less. Seriously..that's ridiculous.


But I have to say, the best one so far was the Air Force Academy graduation.
My friends and I are so blessed to have a brother in the Air Force :]
He graduated as a distinguished student which is equivalent to one of the three Latin honors.
Only 10% of the graduates received the awards and there were a total of 1020 something graduates. 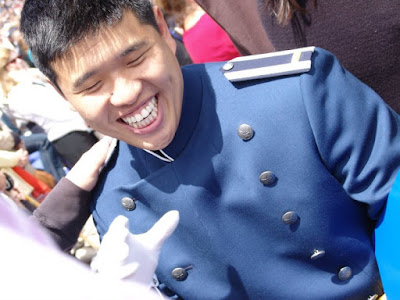 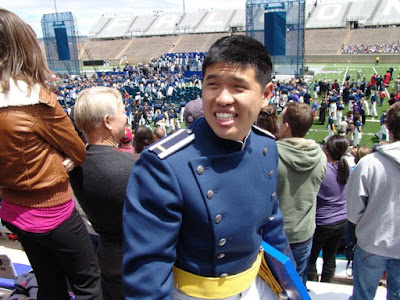 My friend told me that they practiced the whole march and receiving award thing for 8 hours!!
It looked cute though in their uniforms hehe 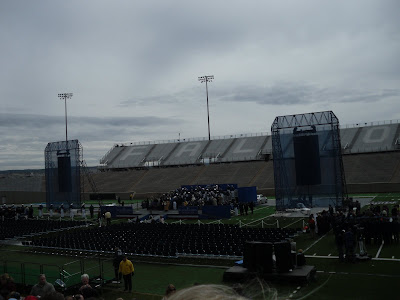 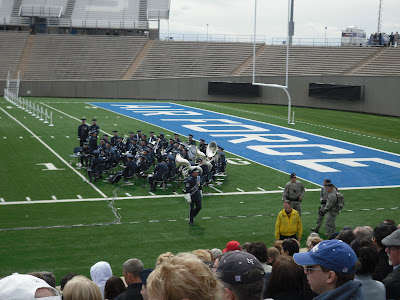 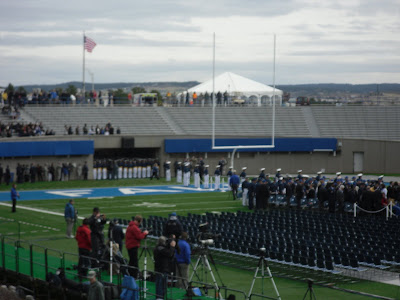 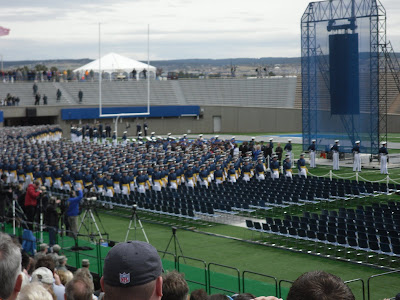 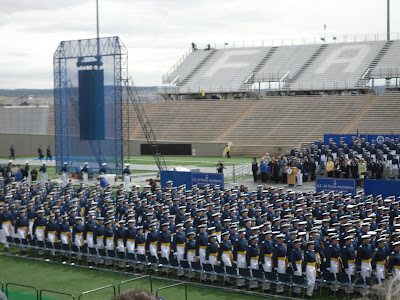 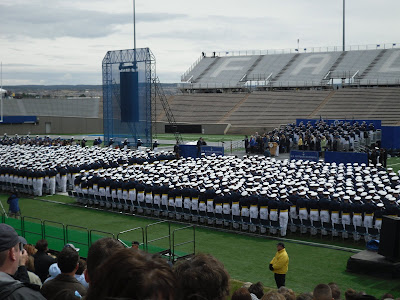 President Obama was supposed to be at his graduation, but I guess his schedule changed so the President will be coming next year, which sucks. The Secretary of the Air Force came instead and he looked so tired towards the end because he had to salute and shake hands of ALL the graduates!! I would have died after 20 haha 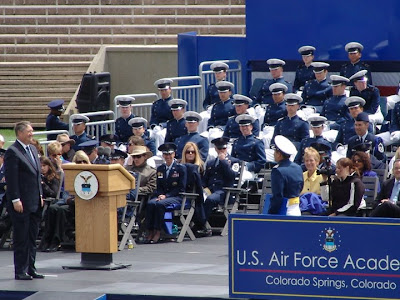 We were all looking forward to the air show and hoping that it wouldn't rain. It's been raining like crazy here! Three days of rain than a day or two of sunshine then another three days of rain -___- Don't get me wrong, I LOVE the rain but seriously..there has to be a limit.

But by God's grace, we were able to see it!! :D
After the graduates said their oath, they threw their hats in the air and the planes flew above us..AWESOME!! 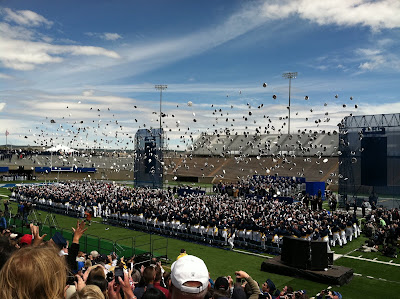 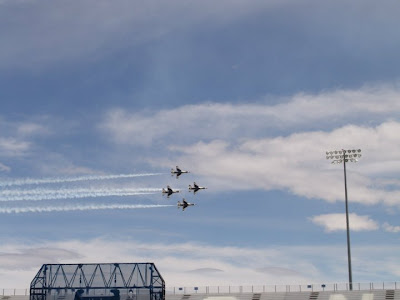 
and congratulations to all the graduates this year!!
God Bless! <3
Posted by grace at 2:13 PM 5 comments:

when cleaning turns into hoarding

G-God created us to be with him
O-Our sins separate us from God
S-Sins cannot be removed by good deeds
P-Paying the price for sin, Jesus died and rose again
E-Everyone who trust in him alone has eternal life
L-Life with Jesus starts now and lasts forever

show me some love :]